In this article we will look at all options for traveling between Narita Airport and Nagoya Station. It is possible to make this journey by train, bus, plane, and car, but by far the easiest and most convenient way to go is by train. Although there are no direct trains between these two destinations, it is very easy to make a transfer in Tokyo.

From Narita Airport you can take the Narita Express limited express service into Tokyo, and then transfer to a shinkansen bullet train for Nagoya. Times vary but this route can cover the distance in under 3 hours. Let’s look at the details of this train route first and then consider other travel options.

The Narita Express train is a fast and comfortable service linking Narita Airport with Tokyo. This train stops at both Tokyo Station and Shinagawa Station. At either station you can transfer to the shinkansen bullet train. Times vary but the Narita Express can get you to Tokyo Station in around one hour for 3,020 yen, and to Shinagawa Station in around 70 minutes for 3,190 yen. 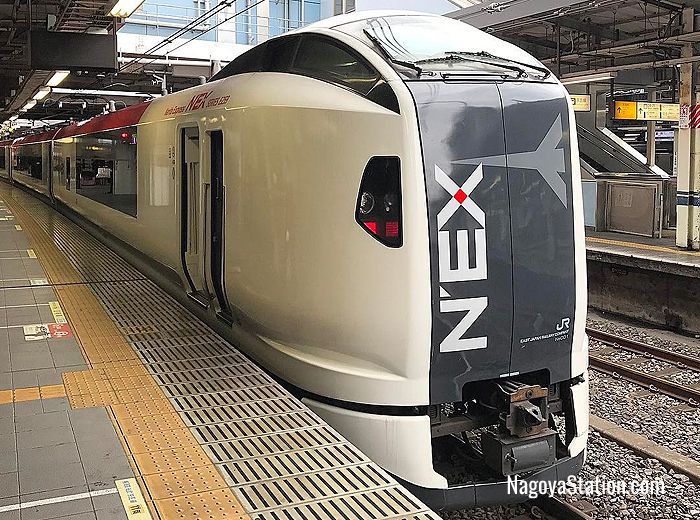 From Tokyo Station or Shinagawa Station there are three types of shinkansen you can take to Nagoya. These are the Nozomi, the Hikari and the Kodama. The Kodama is the slowest because it stops at every station on the way and takes about two hours and 50 minutes. The Nozomi is the fastest and most frequent train and travels between Tokyo and Nagoya in just 1 hour and 41 minutes. However, the Nozomi is not covered by the Japan Rail Pass.

If you wish to use the Japan Rail Pass, your best choice is the Hikari which can take 1 hour and 44 minutes or 2 hours and 5 minutes depending on the service. The normal fare from Tokyo or Shinagawa to Nagoya is 10,360 yen for an unreserved seat. You can expect to pay about 510 yen extra for a reserved seat, but this fee goes up or down according to the season. 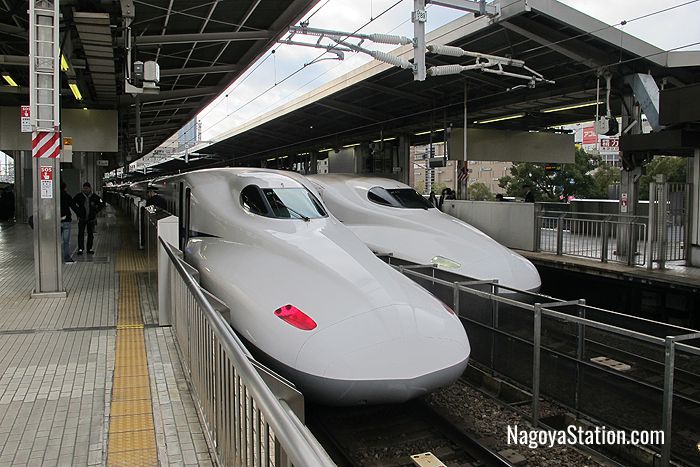 When traveling from Nagoya Station to Narita Airport you can simply take the same route in reverse. However, remember that Narita Airport has two stations: one for Terminal 1, and another for Terminals 2 & 3. You should check in advance which station serves your airline.

You can save some money by taking a shuttle bus from Narita Airport into Tokyo before transferring to a shinkansen for Nagoya. A shuttle bus between Narita Airport and Tokyo Station costs just 1,000 yen, and should take around 1 hour and 20 minutes. However, the journey time can vary according to the traffic conditions, so it is harder to schedule your ongoing journey. For information about shuttle bus services check the Keisei Bus website. 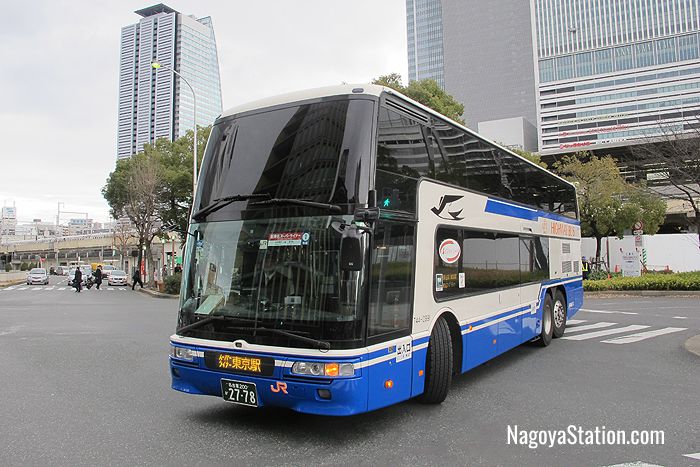 Two bus companies run both daytime and overnight highway express bus services from Shinjuku Expressway Bus Terminal to Nagoya. The JR Bus group run services that can take between 5 or 6 hours to cover the distance and cost as little as 3,150 yen if you book it early. To look up times and fares check the Kousokubus.net website. 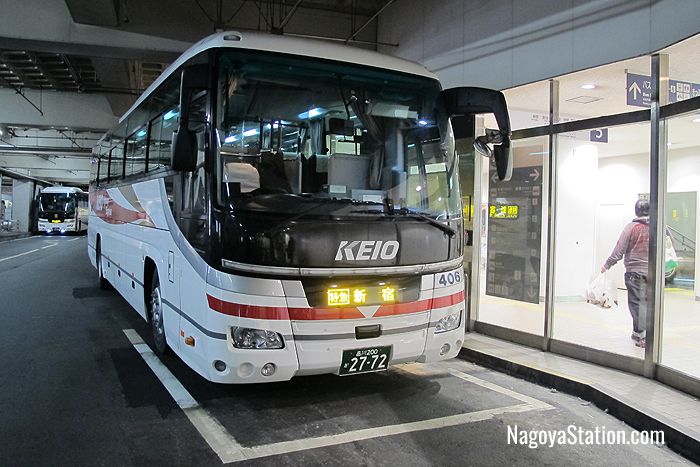 Meitetsu Bus and associate companies operate services between Shinjuku Expressway Bus Terminal and the Meitetsu Bus Center at Nagoya Station. These take about 6 hours during the day and 7 hours overnight. For adults fares vary according to the season between 4,700 and 6,000 yen, but the fare for children is always 3,000 yen. For more details check the Meitetsu Bus website.

It is possible to take a domestic flight between Narita Airport and Chubu Centrair International Airport near Nagoya. JA, and ANA operate regular flights between the two airports that take around 1 hour and 10 minutes and can cost between 7,000 – 23,000 yen depending on the season. 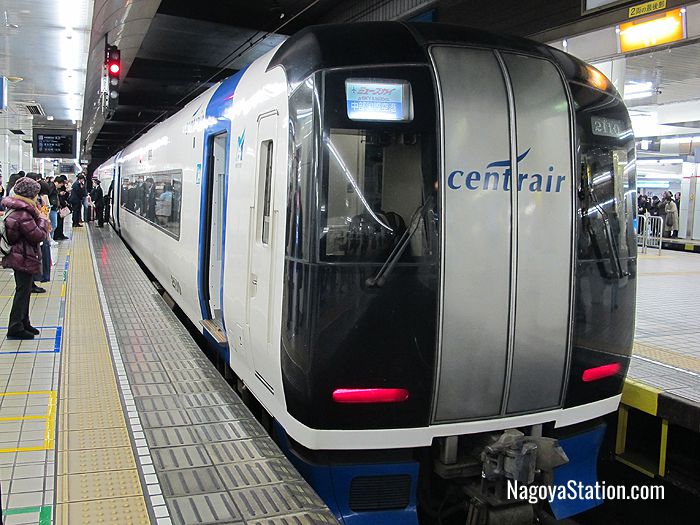 To travel between Chubu Airport and Nagoya, you have several options. You can ride the μ Sky Limited Express train which takes just 28 minutes to travel between the airport and Meitetsu Nagoya Station for a fare of 1,230 yen. Or you can take a Centrair Limousine Bus which takes 88 minutes and costs 1,200 yen. For more options see our article: Traveling Between Chubu Centrair International Airport and Nagoya.

If your plane arrives late at Tokyo Narita Airport or you have an early departing flight you may need to stay overnight. There are several hotels near the airport with free shuttle bus service to and from the airport. Narita Tobu Hotel Airport is the closest hotel to the airport. nine hours capsule hotel is located inside Narita Airport’s Terminal 2.