In this article we will look at all options for traveling between Nagoya, Osaka, and Kansai International Airport. It is possible to make this journey by train, bus, and car. It is also possible to travel by plane, but as there are no direct flights between Nagoya and Osaka, you would have to fly to Tokyo first and make a transfer. Probably the easiest and most convenient way to travel is by train. 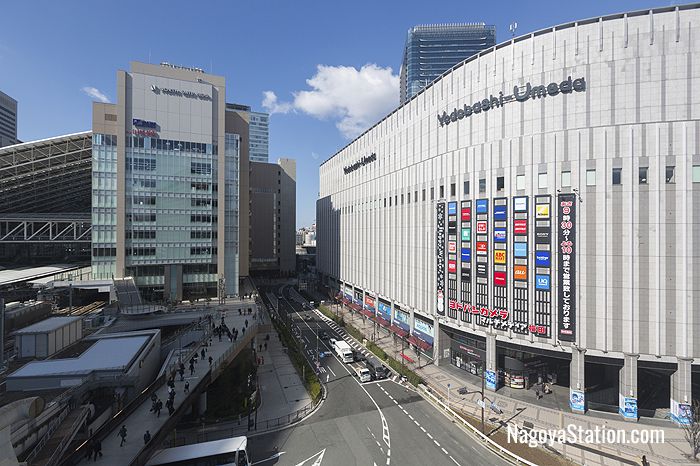 Nagoya is connected to Osaka’s Shin-Osaka Station by the Tokaido Shinkansen Line. There are three services on this line: the Nozomi, Hikari, and Kodama. The Nozomi is the fastest service and will get you to Shin-Osaka Station in 50 minutes. If you have a Japan Rail Pass, you cannot use the Nozomi, but you can use the Hikari and the Kodama.

Travel times vary for these services but the longest journey is 1 hour and 7 minutes. The normal fare between Nagoya Station and Shin-Osaka Station is 5,830 yen for an unreserved seat. You can expect to pay around 510 yen extra for a reserved seat, but this fee goes up or down by about 200 yen according to the season. 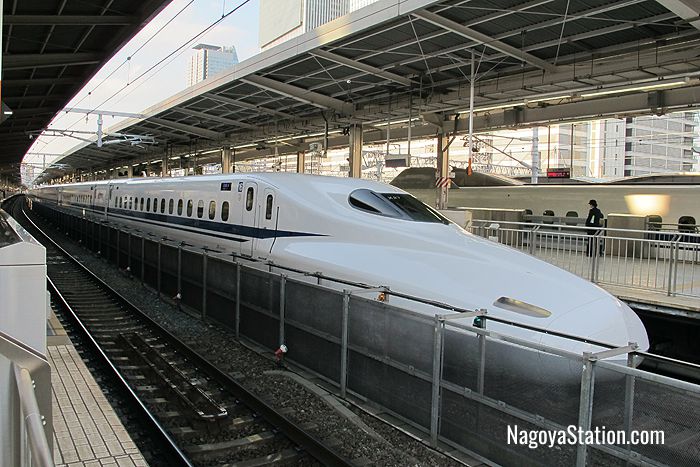 A shinkansen train at Nagoya Station

From Shin-Osaka Station you can take the Midosuji Subway Line to other destinations in Osaka. You can get to Umeda Subway Station from Shin-Osaka in 6 minutes for just 230 yen.

JR Tokai Bus Company operate highway bus services between Nagoya Station and Osaka Station. Daytime buses take three hours to get to Osaka Station and overnight buses take around 5 hours and 30 minutes. The fare is around 3,000 yen for a daytime bus, or between 3,500 – 3,900 yen for an overnight bus. Discounts are also available for early bookings. To inquire about times, fares and to make a booking, you can go directly to the JR Tokai Bus Nagoya Travel Center on the west side of Nagoya Station or look online at kousokubus.net. 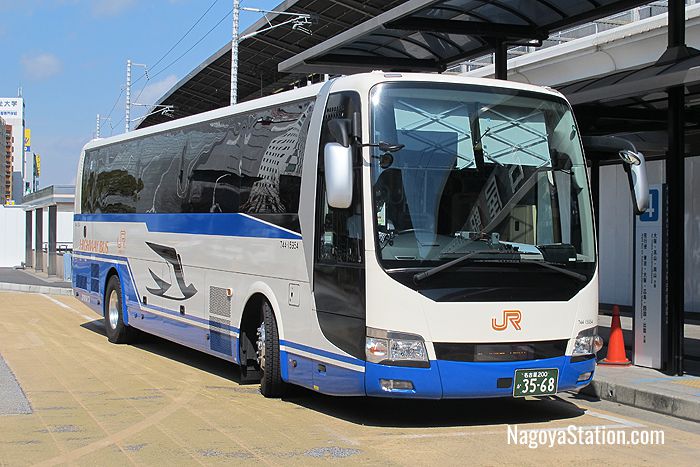 A JR Tokai Bus at Nagoya Station bound for Osaka 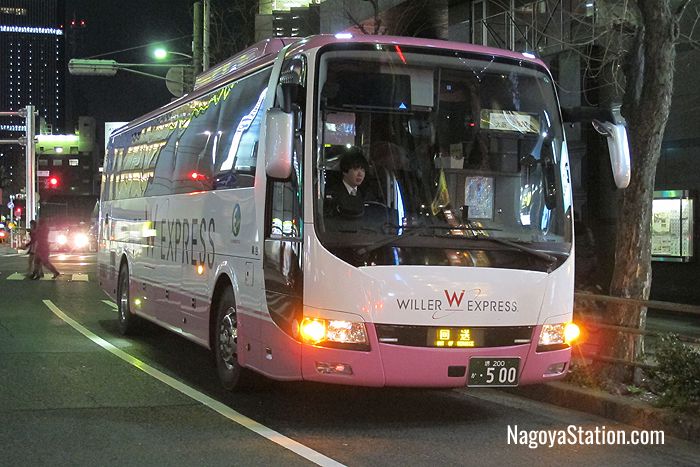 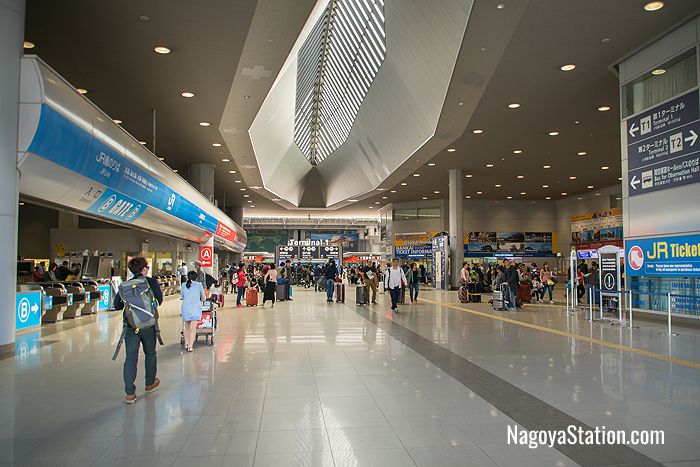 Limousine bus services for Kansai Airport run from the following locations around Osaka Station: Westin Hotel Osaka, Hotel New Hankyu, Hotel Hankyu International, Hilton Osaka, and the Herbis Osaka shopping mall. Tickets are 1,550 yen for an adult and 780 yen for a child and the journey time is roughly 1 hour. At Hotel New Hankyu, and Herbis Osaka you can get tickets from ticket vending machines that have English, Chinese and Korean language options. At the other locations you can buy tickets at the hotel front desk. The Kansai Airport website has full timetables for buses to and from the airport.

There are no direct flights between Osaka’s Kansai Airport and Chubu Centrair Airport near Nagoya. If you wished to travel by plane you would have to fly to either Narita Airport or Haneda Airport in Tokyo first and then transfer to another plane. That would probably cost you between 35,000 and 45,000 yen and the shortest journey time would be 5 hours and 30 minutes.