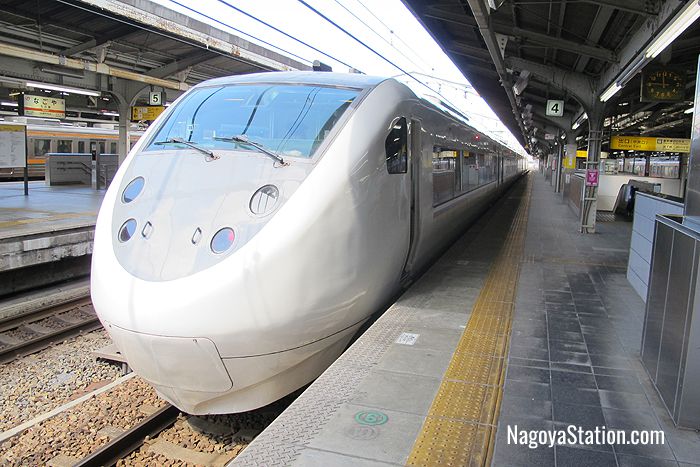 This service is jointly run by JR Central and JR West and is fully covered by the Japan Rail Pass. There are 8 round-trip services which take around three hours to run between Nagoya and Kanazawa every day. At Nagoya Station the Shirasagi departs from Platform 4.

The Shirasagi makes limited stops at the stations listed below. Stations in brackets are not served by all trains.

Below are the key destinations on this route with example train fares and times given from Nagoya Station.

Gifu is the capital city of Gifu Prefecture. The city’s attractions include Gifu castle, the Great Buddha Statue of Shohoji Temple, summertime cormorant fishing in the Nagara River, and many museums.

Ogaki City in Gifu Prefecture holds a Basho Festival every November to celebrate the poems of the haiku poet Matsuo Basho. The city has a small Basho museum and a reconstructed castle which was first built in 1500.

Tsuruga is a port city in Fukui Prefecture. Its attractions include Kehi Shrine, the garden of Saifukuji Temple, the Meiji era red brick warehouses near Tsuruga Museum, and the pine trees of Kehi no Matsubara beach.

This station serves the city of Echizen in Fukui Prefecture. Exit here for the Echizen Togei Mura pottery village, the Echizen Washi no Sato papermaking village, and the Echizen Soba Village where you can enjoy the region’s famous noodles.

Kaga is a large city with many hot spring resort town within its bounds. The Kaga & Hakusan website has recommendations for hot spring facilities. Natadera Temple is a short bus ride from Kaga Onsen Station. This temple is worth visiting for its beautiful gardens and splendid views of Mount Hakusan.

Komatsu’s many attractions include the Motorcar Museum of Japan, Ishikawa Aviation Plaza, the traditional crafts village of Yunokuni no Mori, and the hot spring resort of Awazu Onsen.

Kanazawa is the capital city of Ishikawa Prefecture and a very popular sightseeing location. Its major tourist attractions are Kanazawa Castle, the 21st Century Museum of Contemporary Art, Myoryuji – the “Ninja Temple”, the Higashi Chaya-gai geisha district, and Kenrokuen garden which is said to be one of Japan’s three greatest gardens. Transfers can be made here to the Tsurugi shinkansen shuttle service for Toyama, and to the Limited Express Noto Kagaribi for Wakura Onsen. 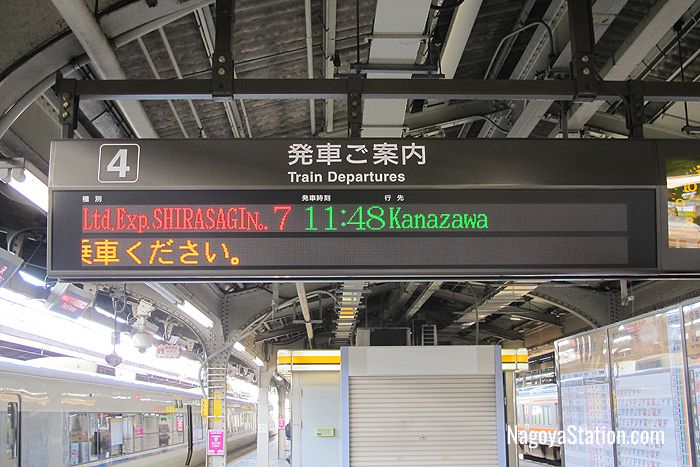 Departure information for the Shirasagi #7

Below are the train times for services between Nagoya and Kanazawa. To quickly look up train times, connections, and fares for this route use the JR West Timetable and Route Finder.