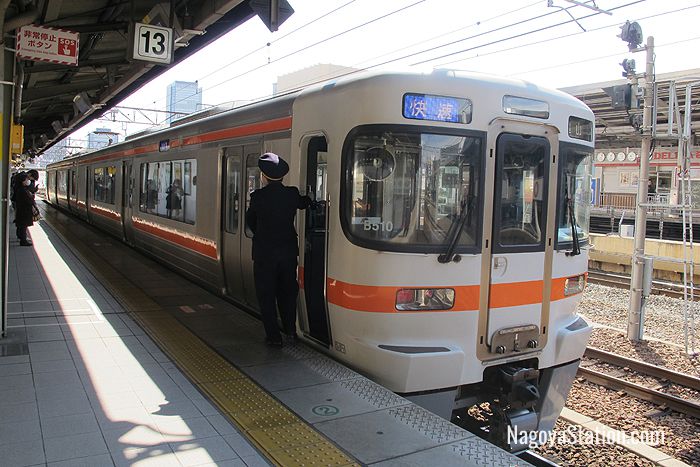 A Rapid train for Kameyama at Platform 13, Nagoya Station

The main locations of interest on this line are Kuwana, Yokkaichi, and Kameyama. Below are listed the key destinations and transfers on this line with example fares and journey times given from Nagoya Station.

Kuwana is a historical city with many attractions. One of the most famous sites is the Meiji era Rokkaen house and gardens which were designed by the British architect, Josiah Conder. Nearby Nagashima Spa Land is a popular amusement park with roller coasters, a Ferris Wheel, and a water park. Nabano Sato Park is famous for its winter illuminations.

From Kuwana Station you can take the private Yoro Railway to the town of Tado. Tado Taisha is an ancient shrine said to be 1,500 years old, but is best known for its horse jumping festival which takes place every May 4th and 5th. From the shrine you can take a hike up the 403 meter tall Mount Tado. At Kuwana Station you can also transfer to the private Sangi Hokusei Line.

Transfer at the nearby Kintetsu Tomida Station to the Kintetsu Nagoya Line and the private Sangi Line.

Kameyama’s main attractions are the remains of Kameyama Castle, the Kameyama City Museum and the preserved historical buildings of the Seki-juku district which was a post town on the old Edo era Tokaido highway. Transfer here to the Kisei Line for trains bound for Shingu and Toba. Transfer also to services on the JR West operated section of the Kansai Main Line bound for Kamo Station and Nara Station. 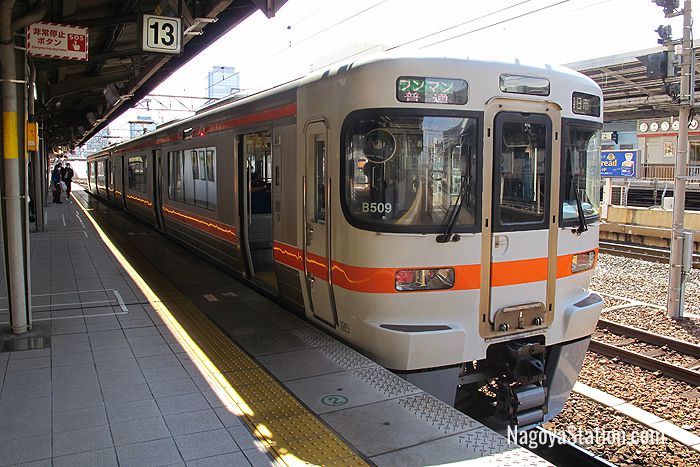 A local train for Yokkaichi at Nagoya Station

To look up train times and connections on this line quickly and easily, use English online route finders like Hyperdia and Jorudan.